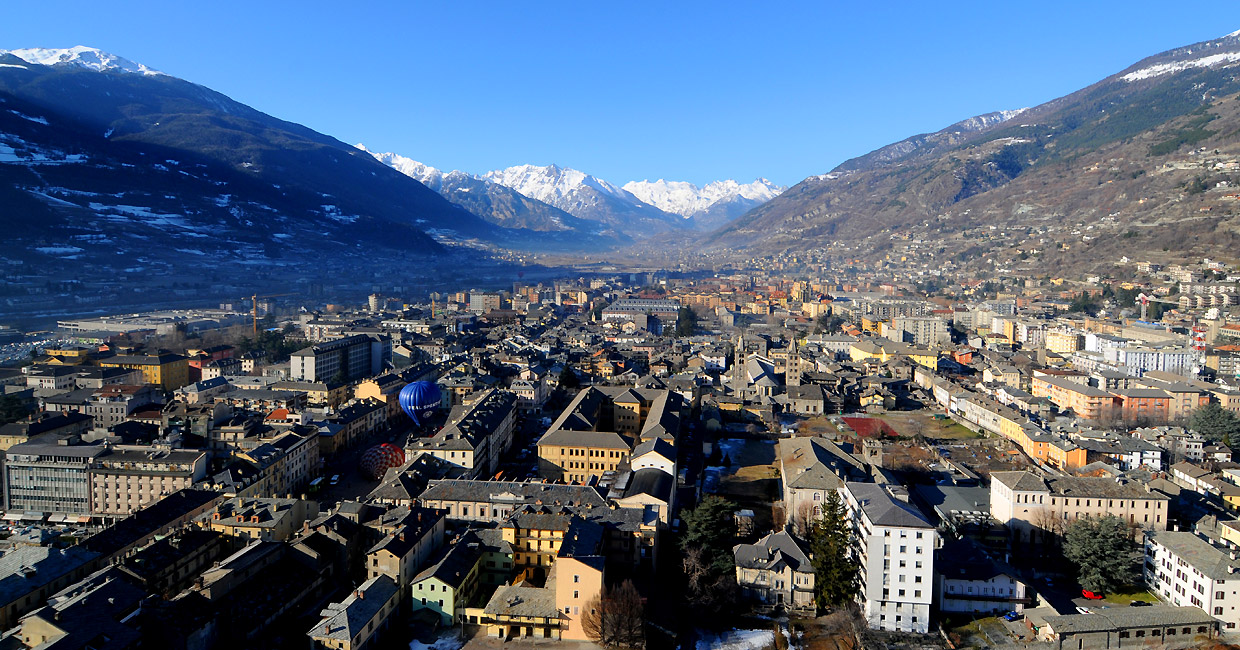 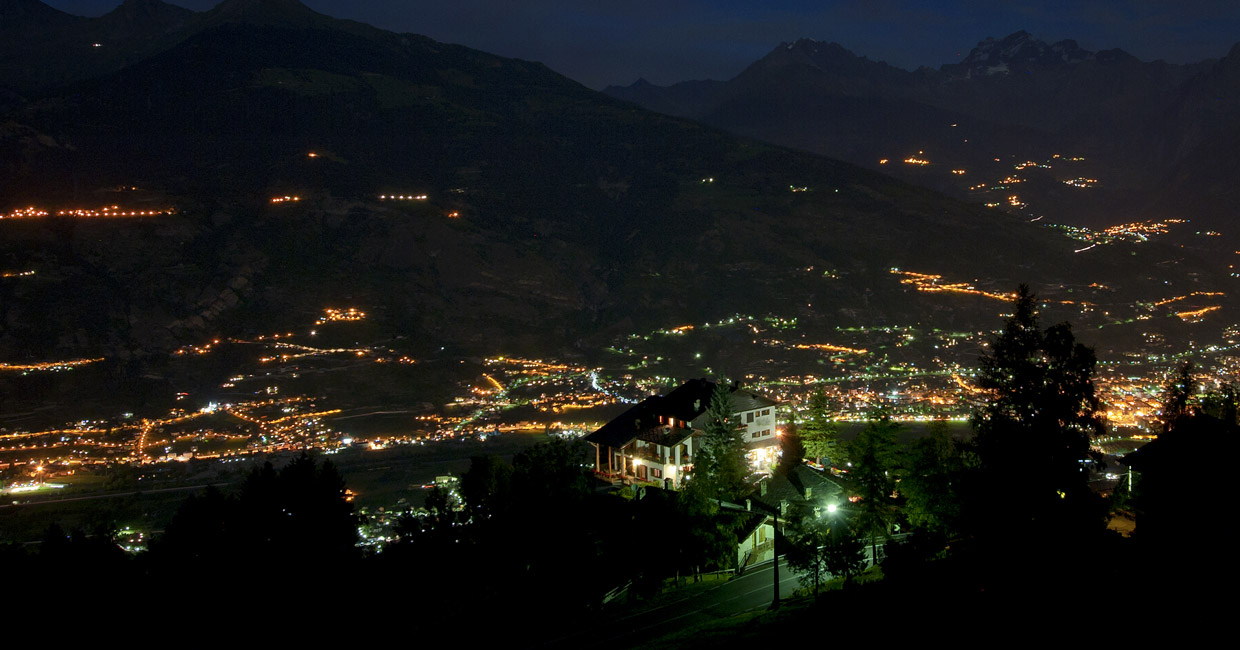 Aosta is the capital of the Autonomous Region of the Aosta Valley. The city is located in the center of the Aosta Valley at 580 meters above sea level, the junction of the roads that lead to France and Switzerland through the Mont Blanc and Gran San Bernardo tunnels and, only in summer, also through the historic Alpine passes of the Piccolo San Bernardo and Gran San Bernardo. The city of Aosta was founded by the Romans in 25 BC. at the point where the orographic basin of the Dora Baltea (the river that springs from Mont Blanc and runs through the entire Aosta Valley) reaches its maximum width, at the confluence with the Buthier stream.
The city is surrounded by majestic mountains, including the Grand Combin (4,314m) and Mont Vélan (3,708m) to the north, the Emilius (3,559m) and Becca di Nona (3,142m) to the south and the Testa del Ruitor (3,486 m) to the west. After so much sport, if you have time left, a trip to the city is a must! Aosta, also unmissable for the cultural interest that arouses the "Rome of the Alps", as it is called, just think of the Roman remains, the city of the Arch of Augustus, the Porta Pretoria, the Theater, the perfectly preserved walls, the precious Archaeological Museum, without forgetting the cathedral and the small churches hidden among the old houses, and the medieval atmosphere of the Sant'Orso district.
A lot of Shopping awaits you, with a very rich offer of exclusive shops from the big brands, typical mountain bars, restaurants, breweries, wine bars, discos, cinemas, theaters, all this to spend an alternative day ...

Your house in the mountains in Pila